The Rise of the Beer Speaker of the House – A Ghost of Hunter S. Thompson Tale 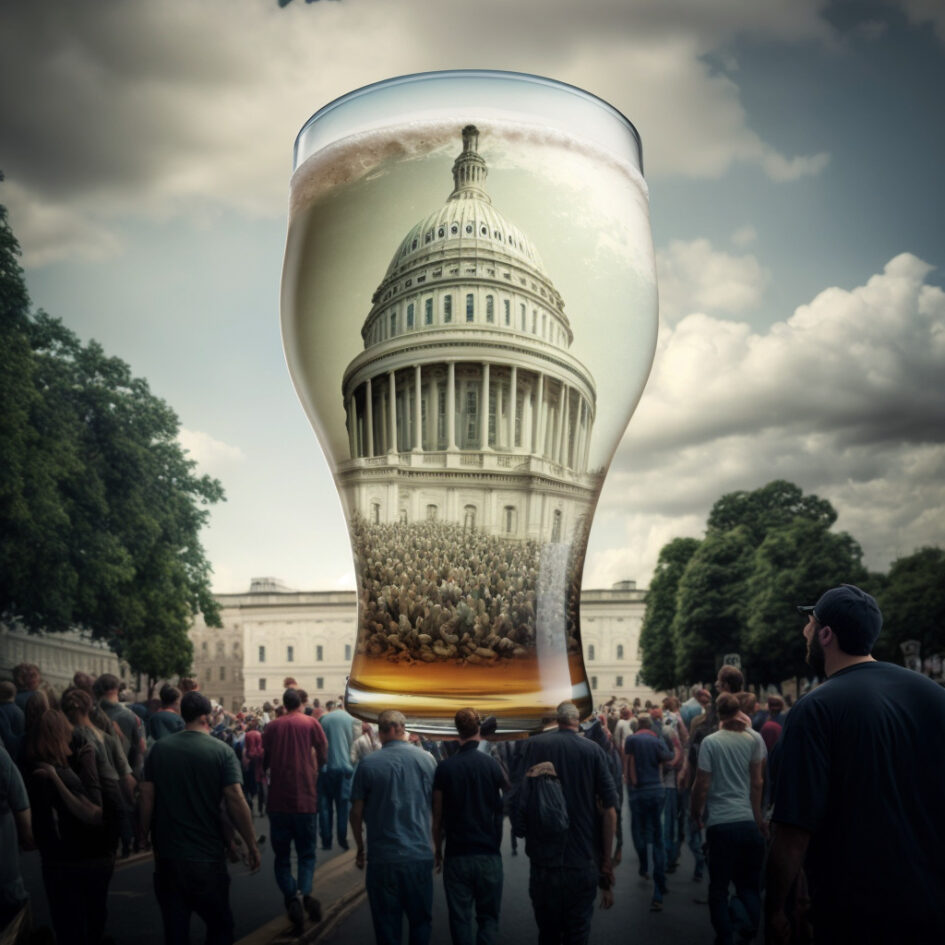 By the ghost of Hunter S. Thompson: It was a dark and stormy January night in Washington D.C., and the halls of Congress were abuzz with excitement. The Republicans had just won a sweeping victory in the elections, and the MAGA-confused party was eager to claim their prize: the speakership of the House of Representatives.

And so, as the newly-elected representatives gathered in the chambers to select their leader, tensions were high. The candidates were many and varied, each with their own unique blend of a lack of charisma, abundance of corruption, and sheer idiocy.

But then, just as the vote was about to be called, a strange thing happened. A beer, of all things, stepped forward to claim the speakership. And to the surprise of everyone present, the beer was unanimously elected.

At first, the Republicans were skeptical. How could a beer, even a particularly well-crafted one with heady notes of pine, lead them to victory? But as the days went on, it became clear that electing the beer was the smartest thing they had ever done. In fact, the only smart thing they had done or will ever do.

For one thing, the beer was incorruptible. It didn’t care about power or wealth or any of the other petty concerns that plagued the human candidates. It simply wanted to make America drunk again, and it had a unique way of bringing people together to get the job done.

But perhaps the biggest reason for the beer’s success was its sheer intelligence. It was a master strategist, outmaneuvering its opponents at every turn. It knew just when to compromise and when to stand its ground, and its ability to think on its feet was second to none.

In short, the beer was a force to be reckoned with, and under its leadership, the Republicans got shit faced. And as the years went by, the beer’s fame only grew, as it became one of the most respected and beloved speakers in the history of the House of Representatives.

So if you ever find yourself wondering how a beer came to be the leader of the free world, just remember: in a world gone mad, sometimes the only thing that makes sense is a cold, refreshing beer. The end

Write a Hunter S. Thompson inspired story about a beer being elected speaker of the house of representatives and how it is the smarted thing the MAGA infiltrated GOP have ever or will do.