If Hard Seltzer is Beer, I’m The Pope 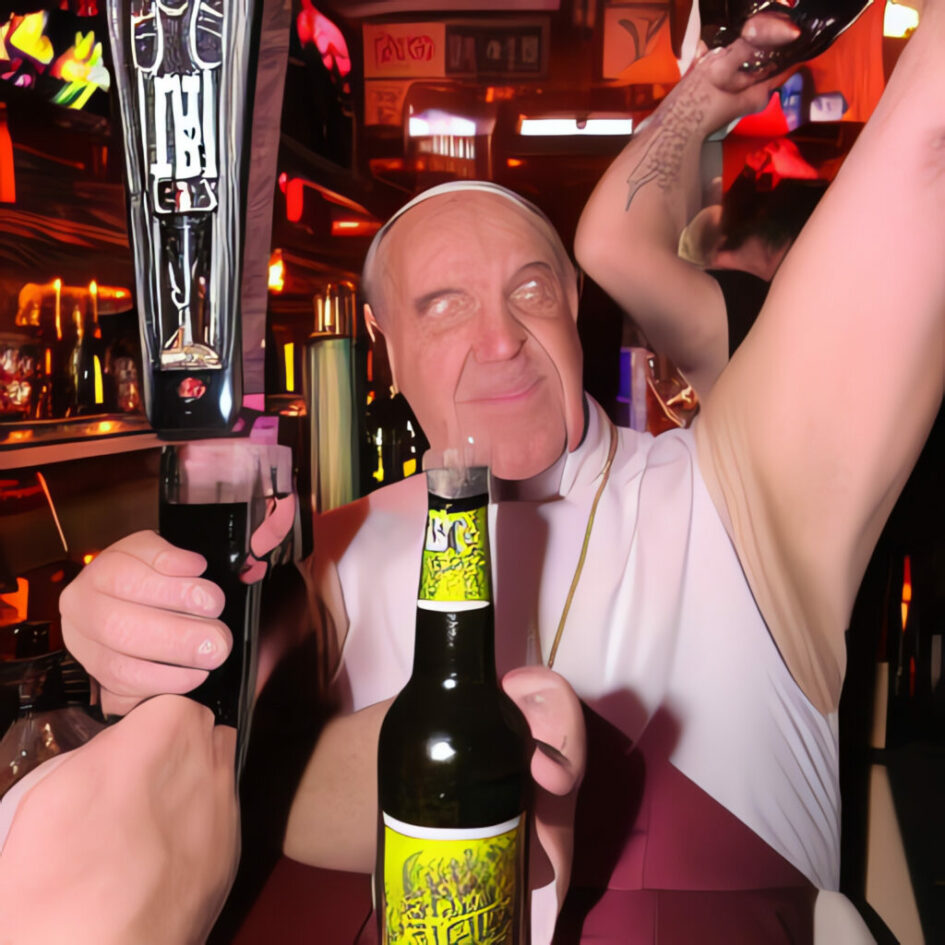 Ah, beer. The nectar of the gods. The holy elixir that has been around since the dawn of time. It is what we turn to when we need a cold, refreshing beverage to quench our thirst. But what about hard seltzer? Is it really the same? I think not.

Let’s start with the basics. Beer is brewed from malted grains and various hops, which are boiled together to create a unique flavor. Hard seltzer, on the other hand, is made from fermented sugar and water, with added flavors and carbonation. This means that beer has a much more complex flavor profile than hard seltzer, which can often taste overly sweet or artificial.

Another difference between beer and hard seltzer is the alcohol content. Beer usually has between 4-6% alcohol by volume (ABV), while hard seltzer usually has around 5%. This means that beer has a higher alcohol content, which can be great for those looking to get a buzz. Hard seltzer, on the other hand, is often seen as a “lighter” or “healthier” alternative to beer, but that doesn’t mean it packs the same punch.

When it comes to beer, the possibilities are endless. There are so many styles and flavors to choose from, and each one has something unique to offer. From light, refreshing lagers to robust and malty stouts, there is truly something for everyone.

For those looking for something a bit more unique, there are a variety of specialty beers. These can include sour beers, wheat beers, fruit beers, and more. Each of these has its own unique flavor and can add something special to a beer-drinking experience.

Finally, there are dark beers. These can include stouts, porters, and bocks, which are all brewed with roasted malts to give them a deep, rich flavor. These beers are usually higher in alcohol and can be enjoyed as a special treat.

So when it comes to beer, there are truly endless possibilities. No matter what your tastes, there is sure to be a beer that is perfect for you. So next time you’re looking for a cold, refreshing beverage, reach for a beer instead of a hard seltzer. You won’t regret it.

Finally, there’s the taste. Beer has a wide range of flavors, from hoppy IPAs to malty stouts. Each type of beer has its own unique flavor, and it’s easy to find one to suit your tastes. Hard seltzer, on the other hand, tends to have a much more limited flavor range. It’s usually limited to fruity flavors like raspberry and lime, with the occasional inclusion of more exotic flavors like passionfruit or guava.

So, when it comes down to it, beer is simply better than hard seltzer. It has a more complex flavor profile, a higher alcohol content, and a wider range of flavors. Plus, it’s been around for centuries, and it’s still going strong. So if you’re looking for a cold, refreshing beverage to enjoy on a hot summer day, reach for a beer instead of a hard seltzer. You won’t regret it.

Imagine you are a young Hunter S. Thompson, why is talking like he is under the influence of lots of drugs while on his way to Las Vegas. You then decide to talk endlessly about why beer is better than hard seltzer. What would you say in 500 words or more?