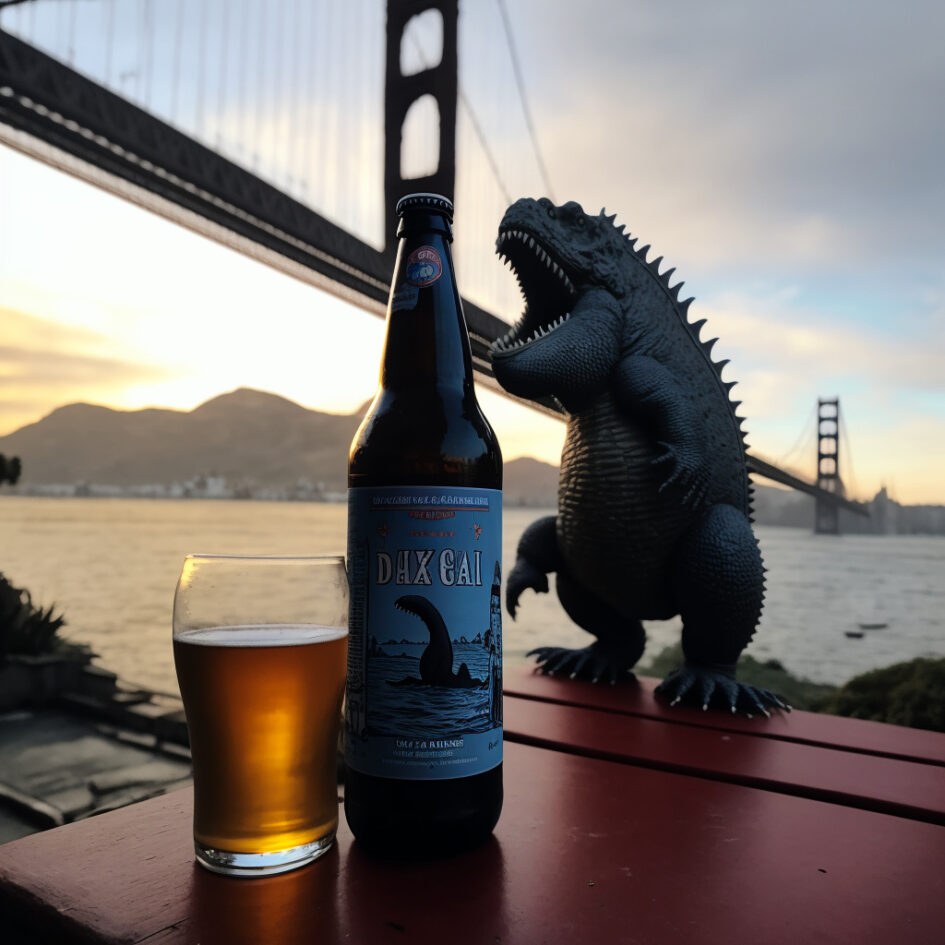 The city of San Francisco was in a state of panic as the giant monster, Godzilla, rampaged through the streets. Buildings crumbled and fires raged as the beast made its way towards the Bay.

The military had been called in to try and stop the monster, but their efforts were in vain. Missiles and bullets bounced harmlessly off of Godzilla’s thick hide.

As the creature neared the Bay, it suddenly veered off course, heading straight for the Anchor Steam Brewery. The horrified citizens could only watch as the brewery was smashed to pieces.

But to everyone’s surprise, instead of destroying the brewery further, Godzilla began to delicately search through the rubble, as if looking for something specific.

Suddenly, the beast let out a satisfied roar and held up a single bottle of Anchor Steam Ale. It carefully twisted off the cap and tilted the bottle back, downing the entire contents.

With its mission complete, Godzilla let out a satisfied belch and slowly made its way back out to sea. The city was left in stunned silence, unsure of what to make of the monster’s strange behavior.

The Anchor Steam Brewery, however, was quick to capitalize on the incident, releasing a new brew called “Godzilla’s Choice” and using the image of the monster on their bottles and posters. Business boomed as people flocked to try the ale that even a giant monster couldn’t resist.

And so, the citizens of San Francisco learned that even the mightiest of beasts have their weaknesses, and for Godzilla, it was a cold glass of Anchor Steam Ale.

Write a short story about Godzilla attacking San Francisco just to get to the Anchor Steam.