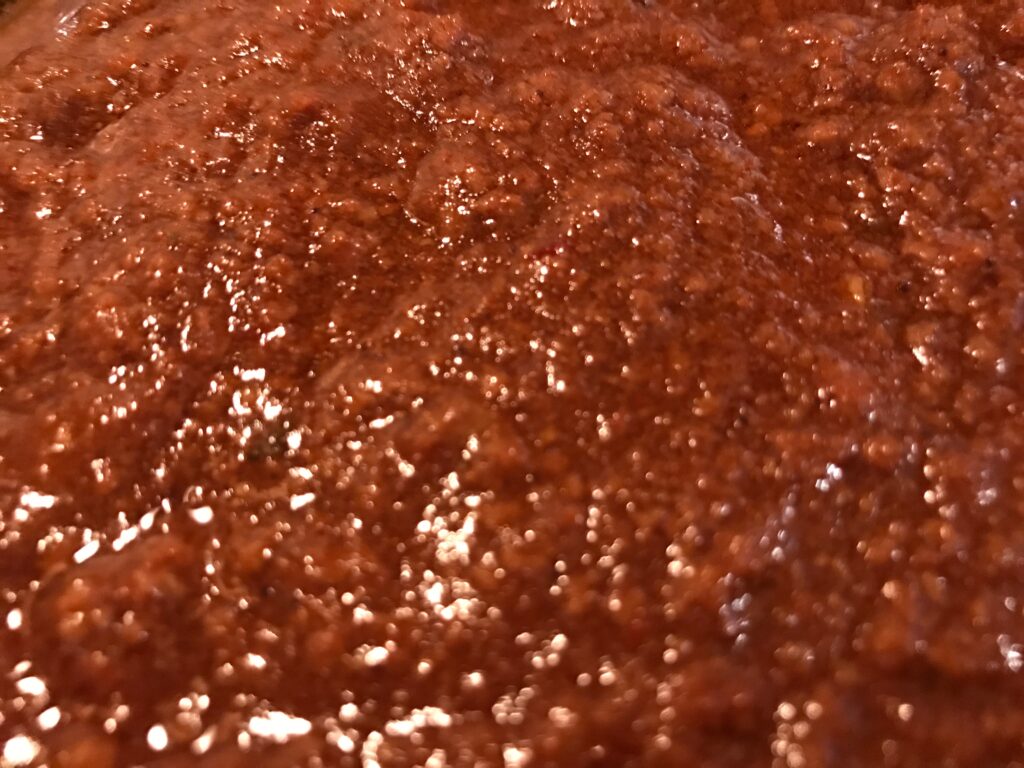 Cincinnati Chili was a certain acquired taste for me. Growing up on a more Texas style chili, Cincinnati style has a very odd assortment of flavors for one to consider it chili. Chocolate and cinnamon? Weird. Served over spaghetti and topped with a mound of cheese? Even odder.

But acquire that taste I did. After being around it, and ignoring it for the two years I lived in Cincinnati, I oddly acquired the taste for it not long after leaving. Then moving out west to California, I was once again cut off from it. While I can order it at a slight premium from Amazon or Walmart, it’s become easier (and cheaper) to make it myself. Even if it isn’t perfect, this recipe is my closest yet.

Can easily be cut in half for a smaller batch. And it freezes really well, just cool completely and remove the solidified fat first.