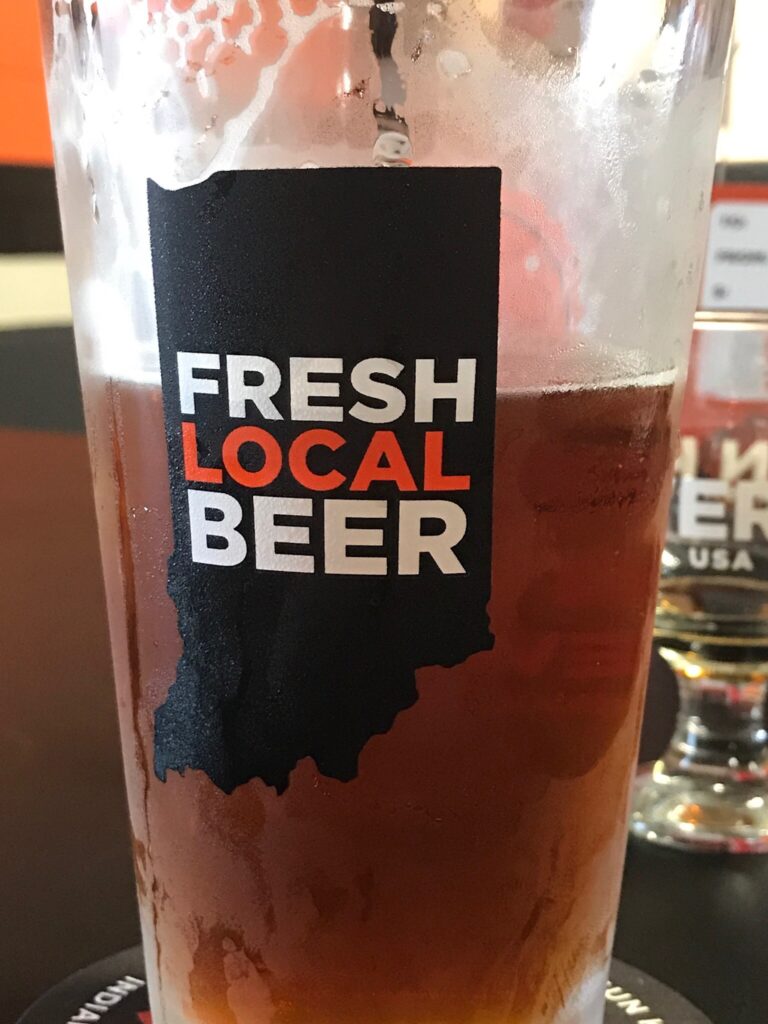 Indianapolis is the 15th largest city in the USA and it gets the honor of being my hometown. But Indy is not my home. I was born there nearly half a century ago and I lived in or around Indy as I was growing up. I went to went to school there, got my first job there, learned to drive there, and got married there. But to me, beer there was almost exclusively focused on macrobrews. Buying whatever could be had for the cheapest, usually by the case. I guess part of that is that I started to buy beer as a college student with loans up to the eyeballs and caring more about quantity over quality. Oh yeah, and paying the rent. That all changed a couple years after college. Once I had a real job I could afford to try new beers, not just the yellow, fizzy, and cheap lagers. I started expanding my beer pallet just as beer started to take off in the midwest. 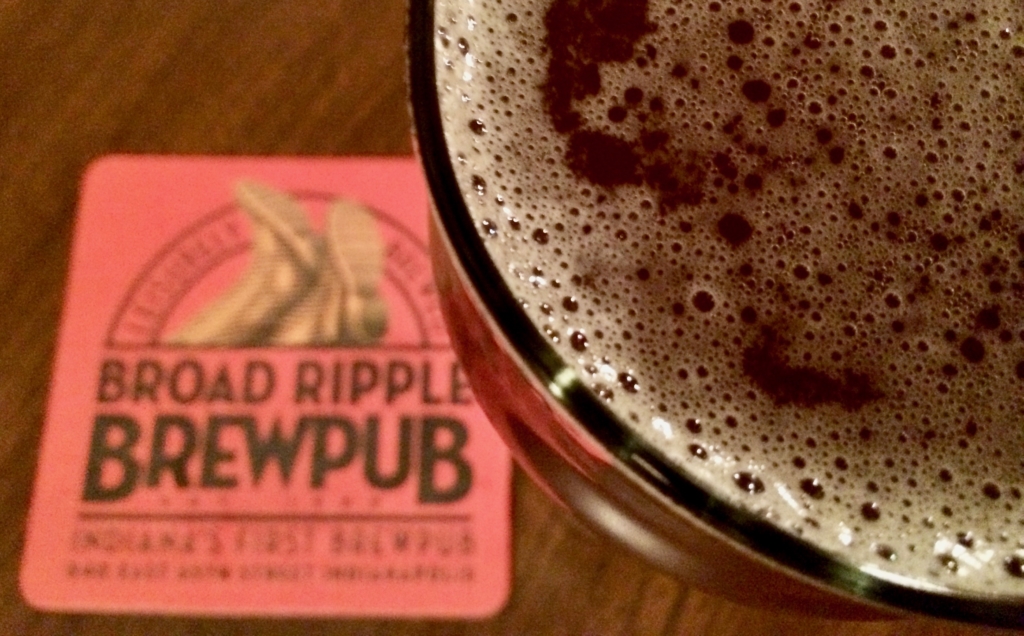 Indiana’s first post-prohibition brewery opened in 1990 just a few blocks from where I lived, and I didn’t care a bit when it opened. I was still drinking the cheap stuff. Broad Ripple Brewpub opened at a time when the majority of Hoosiers didn’t know that beer could be made in quantities less than what a tanker truck could hold, myself included. I had my first craft beer expierence there a couple years later. It was not something I took to quickly. That first craft beer was not a house made beer, it was a Pete’s Wicked Ale. (As an aside, one of my fondest beer memories is retelling the story of that first craft beer experience to Pete Slosberg, the Wicked Pete just a few years ago. I’ll save that for a later post.)

Broad Ripple Brewpub focused on english-style ales from the start and even offers the occasional cask ale. After I started branching out and after my palette matured past corn/rice based alcohol, I really started to appreciate real craft beer made in Indianapolis and imported as well. Other breweries opened and they opened my eyes to new styles. Especially fond of the English style ales at BRBP, perhaps that explains my fondness for them today. Oaken Barrel in Greenwood, just a couple blocks from where I lived as a child, was expanding with new and exciting (to me) beer styles like plum stout, barleywine, and IPAs. Craft brewing really starting to take off in Indiana around 1995, and I was even making a little money with a side hustle building web sites for these breweries. Then, 20 years ago, just as things were heating up there, I left and headed to the more temperate climate and mature beer scene of San Francisco. 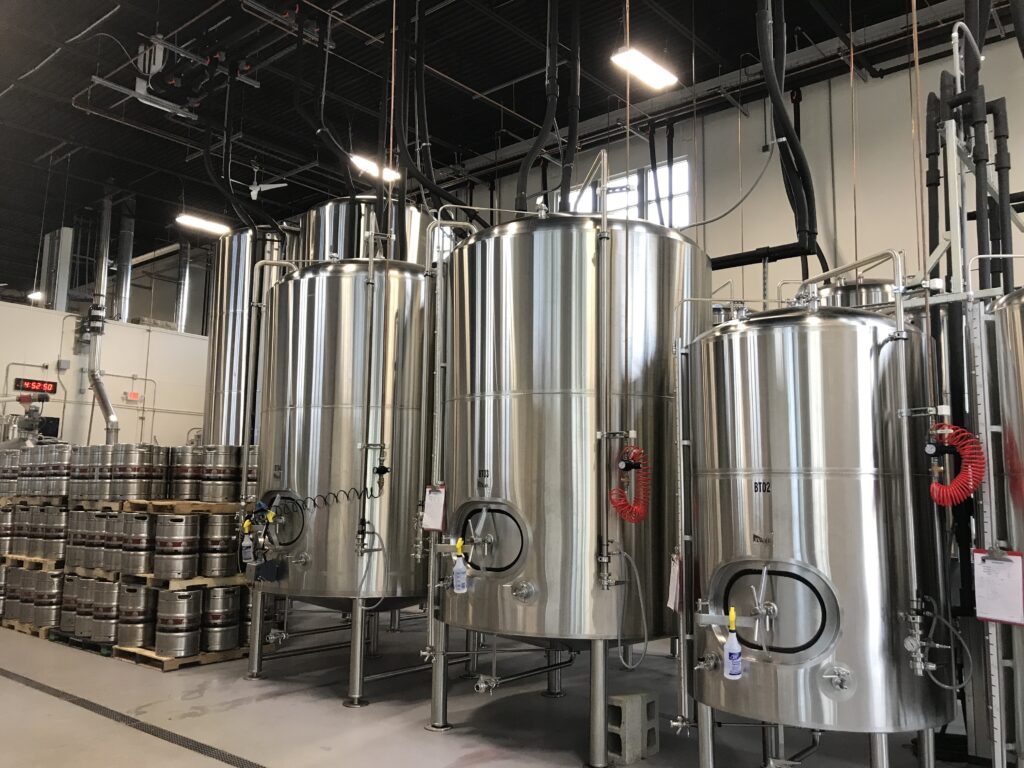 All this prattling on is basically just my way to set up the story of the Indiana beer scene, which is now a mature and even awe-inspiring community. But it’s not brand new, it has been building for well over 25 years. Though it certainly has been accelerating quickly over the past few years. This history includes many interesting stories from breweries past, homebrewers going pro, and more than a few heartbreaks.

One thing is for sure, it’s an interesting community and one that should be proud of what they’ve built. Even as an outsider to that community, I was so proud on a recent trip to see what has been building there. Sun King has built an amazing and massive brewery in the last 7 years. There are many new tap rooms serving a great range of craft beer, new breweries making great beer, and old ones still going strong. So here are a few notes from my recent trip “back home again” to Indianapolis. 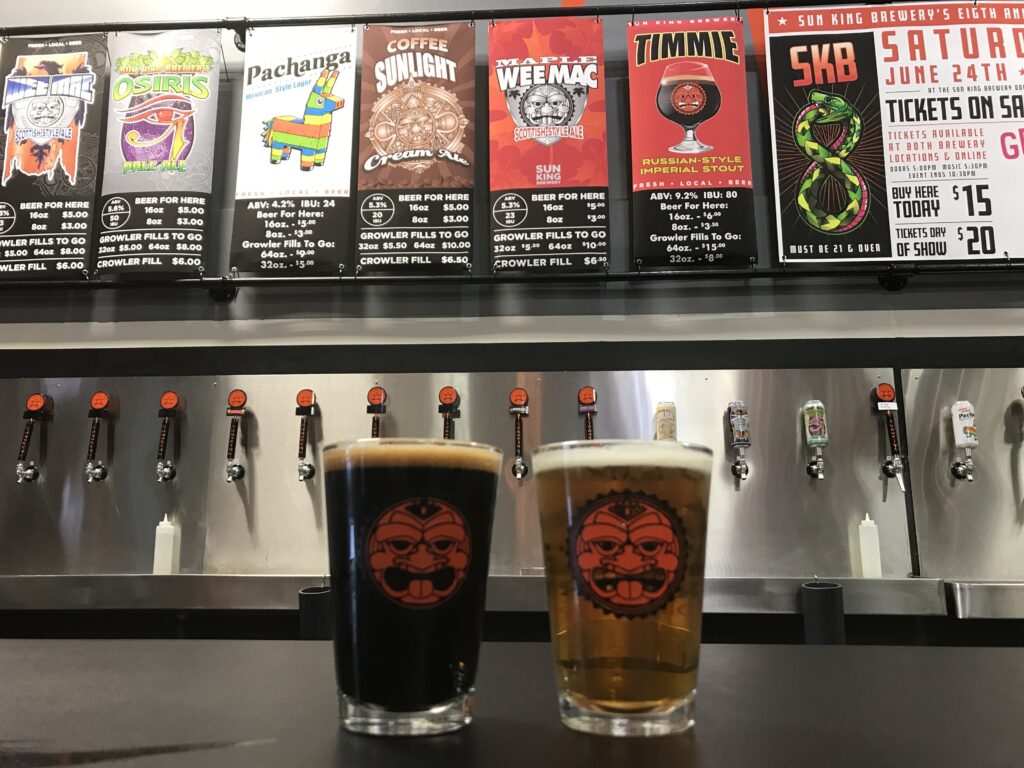 Sun King King is now the second largest brewery in Indiana (trails Munster, Indiana’s Three Floyds by 10,000 barrels per year or so). But expect to see their production skyrocket as they have just installed four new 400bbl fermenters that should greatly increase capacity. Sun King was the most startling thing I saw in Indianapolis — it’s been 7 years since I’ve been there and at that time it was barely a brewery. A couple small tanks, plastic kegs, questionable beers, and a couple folding tables taking up a corner of this massive building. Now it’s a rapidly growing brewer, canning only (a good thing), beers across the line are fantastic, and they are also doing some amazing things with barrel aging. Not to mention they are now taking up that whole building they started in, expanded that, and expanded to two nearby buildings. On top of all of that amazing stuff they have opened a new tasting room on the far north side of Indianapolis, made plans to open a new brewery and distillery in 2018, and now distribute in every part of the state.

Broad Ripple Brewpub is still going strong, 27 years later. Their ESB has dropped a step in my book from what was once my favorite beer in the world. But their other beers have gotten way stronger. They have expanded since my first trip there so many years ago and are always a good place to go, a little ways away from the craziness of the main drag of Broad Ripple.

Scotty’s Brewhouse / Three Wise Men – another really interesting story to watch over the past few years. Started in Muncie, grew some fantastic bars with craft beer and food, then opened a brewery in Indianapolis, now have expanded to over 15 location in the state and beyond. 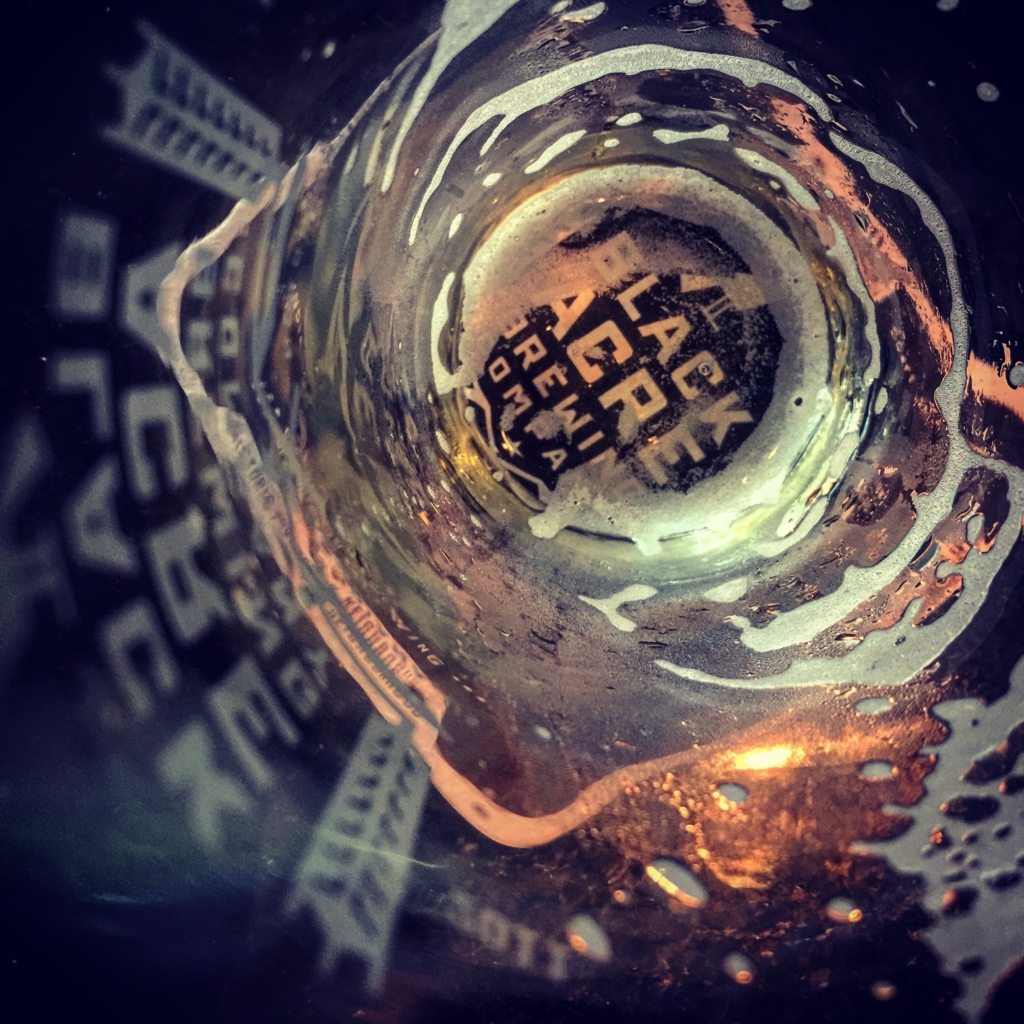 Black Acre Brewing on the east side, in Irvington does a great growler business on Sundays, as do many breweries in Indiana. It’s still illegal to sell alcohol at retail on Sundays in this Bible Belt state. For a while still I guess. Black Acre also makes some amazing beers. A great example of what a neighborhood brewery can be and one of the more impressive stops I made. 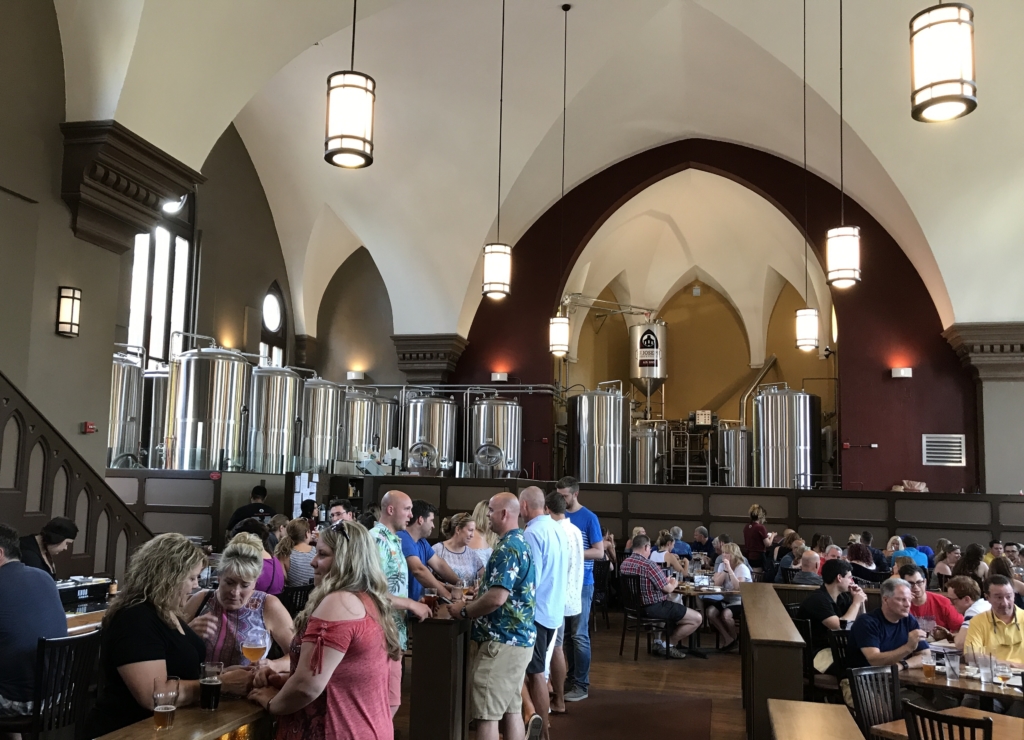 In my opinion, the real future is in craft beer bars and restaurants. Great variety, no issue with stocking beers from multiple breweries, and can stock a variety that changes quickly. Not to mention they are quicker to get open than a brewery. Theres no shortage of great tap rooms in Indy. Both brewery owned and independent. 20 Tap in SoBro is a favorite. Hopcat, an offshoot of a Grand Rapids, MI favorite has a huge location in Broad Ripple as well. There’s a Yard House, in spite of them being a huge chain, they now have a rotating list of local taps that at the Indy location was over 15 deep. There are dozens of other great examples in Indy. 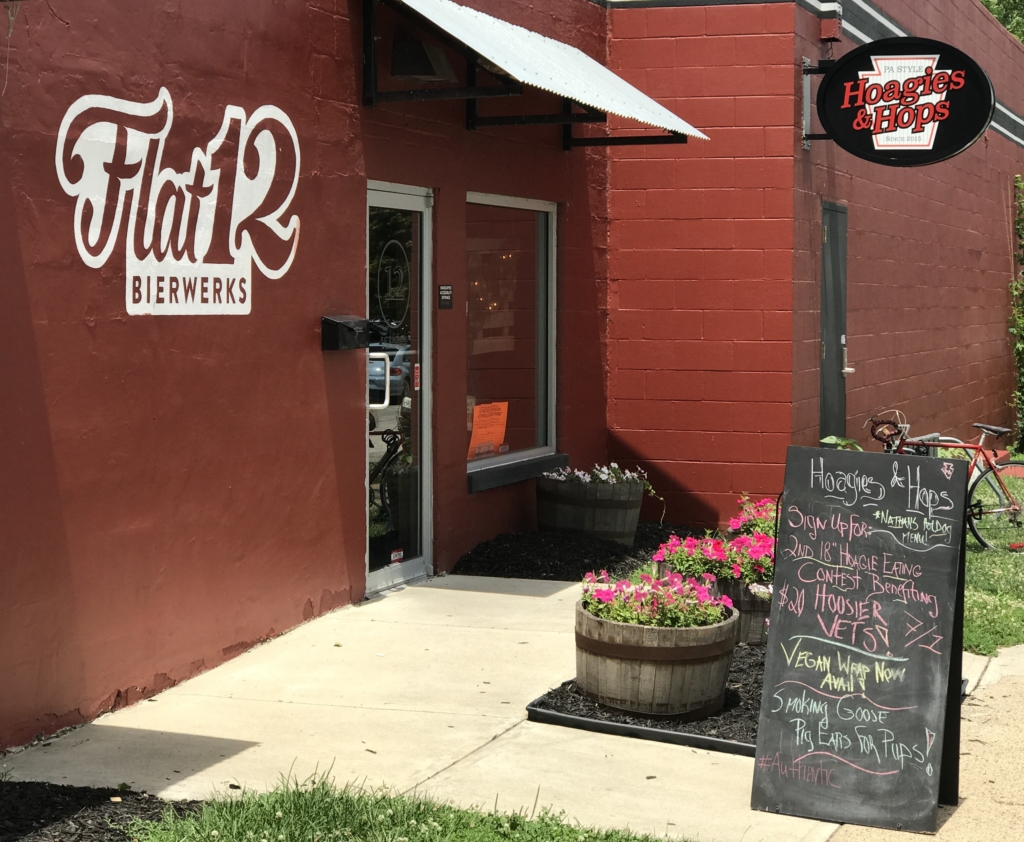 So many other great places doing great beer too. I was impressed with the IPAs at Flat 12. The stouts at Indiana City. Oaken Barrel continues to kill it after 25-ish years.

Overall I think the expansion and pervasiveness of craft beer in Indianapolis is an interesting trend. A Midwest city I always thought of as plain and boring now has 50 breweries and an amazing appetite for craft beer. Even the smallest place with just 2-4 taps seems to have at least one craft beer on tap. And I’m not talking Sam Adams, I mean a local craft beer. In a time where the world has gotten so small it’s great to see a community thinking locally. 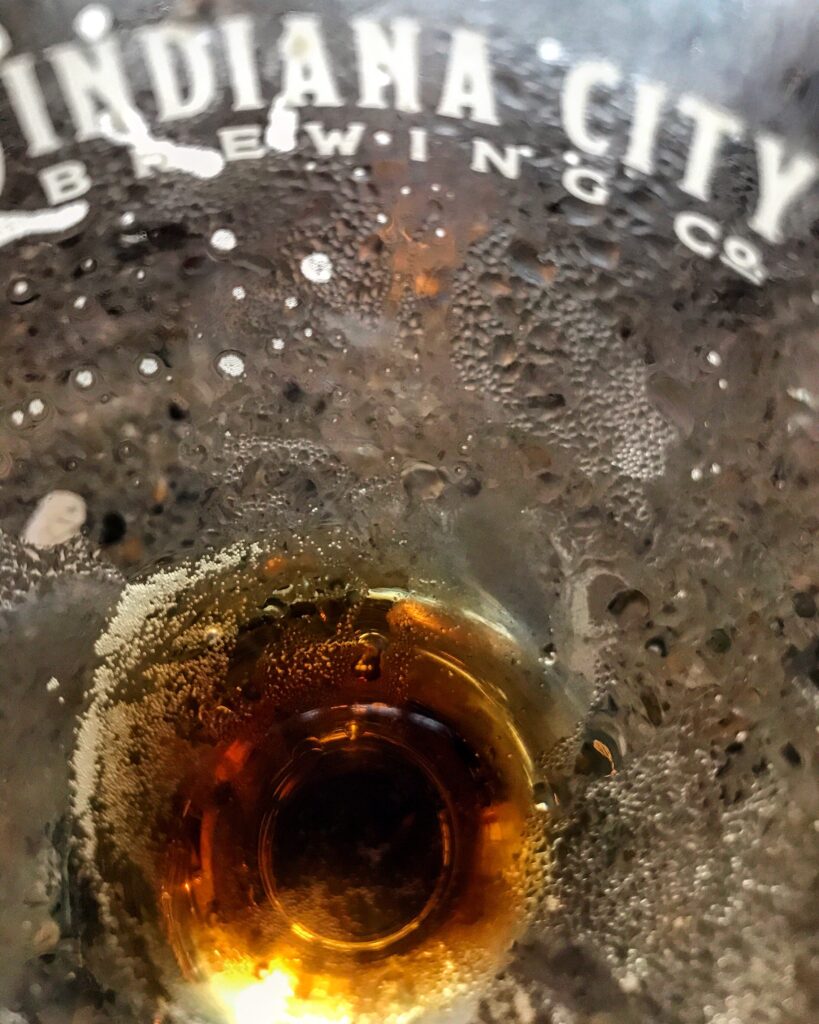 These widgets are displayed because you haven't added any widgets of your own yet. You can do so at Appearance > Widgets in the WordPress settings.